$28.00
We noticed you tried to add a Trade only item to your Basket. If you are in the hair/beauty and/or makeup trade and wish to be upgraded from Retail to Trade please email us at [email protected] with your accepted hair/beauty and/or makeup trade qualification, email address, first name, last name, contact phone number and delivery address and we will be in contact.
1

Samantha and Nicola Chapman grew up surrounded by makeup - they were passionate about beauty.

After two years of attending school for professional makeup artistry, Sam moved to London to work on counters and begin her career as a freelance artist. She had the opportunity to work with the likes of MAC, Estee Lauder, and Chanel doing everything from fashion weeks, to editorial. Over time, they both had built a reputation in the industry as respected makeup artists.

In 2008, Sam uploaded her first video to a website called YouTube. When a friend asked how to get a smoky eye, the first Pixiwoo® video was created. There was no hype around YouTube at that time, but immediately, people everywhere began to find Sam’s video and request more. Soon, Sam and Nic began to collaborate, and the Pixiwoo® channel began to take off. Sam would use her expertise to recreate runway looks, and Nic would have fun focusing on the latest celebrity look.

They were able to pioneer a new platform of makeup artistry… without even realizing that they were on the cusp of something big.

In 2010, when the Pixiwoo® channel had reached around 30,000 subscribers, the idea behind Real Techniques began to formulate. One of the most important things behind makeup artistry is using the right tools, and for many women, they’re not quite sure where to start.In 2011, the Real Techniques brush collection was launched. Unbelievable brush quality was paired with professional, interesting, fun education from Sam and Nic.

Today, the brand has taken off in the US, UK, and around the world. Through Real Techniques, women everywhere are transforming their makeup routines, and themselves, with the approachable expertise, friendship, and tools from Sam & Nic. 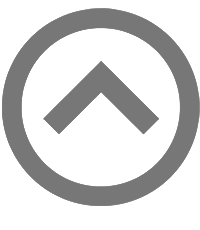